“Green light, GO!” – The repeated phrase affirming the condition of the robot’s vision camera and aiming system reverberated for the last time for the year old robot, Tormenta playing her final match at the 2016 Tahoma Girls Gen finals. The two drive team members concluded their verbal setup checklist and made their way off the field, joining their teammates, ready to play the final match of the day and round off a great event.

From our Jack-of-all-trades mentor comes:

“Some quick facts about what the Girls accomplished this event.
1.   We were 1 RP away from being ranked #2
2.  Finishes qual rounds in 4th, Win/loss record in quals was 5-3 which would have ranked us 9th.  So
we did better in matches we lost and matches we won (i.e. knocked down defenses to get RP).
3.  Had the top 2 best scores of the event.
Both in the Semi-finals (151 & 138 pts).
4.  Only alliance to knock down the tower (strength 10!) in the event.
5.  Chose the #22 ranked team as our 1st choice partner, then the #6 ranked team.  Ranking?  Ranking?  We don’t need no stinking ranking.
6.  Was #3 in OPR for the event.
7.  Had the highest autonomous (1st tie breaker) total in the event.
8  All of this with a shooter hood that was flaky in coming up thus reducing the ability to shoot or reducing the # of times a match we could shoot.
9.  And … last by not least… we were able to break a metal gear clear off in the intake arm… I don’t know how, but it was gone”

A comment on the atmosphere of the event by one of the drive team members quotes “The stands were alive with ‘35…’ and the chorus answer ‘74!’ as we marched off the field, robot in arms, and gathered our drive station and standard. The guys proudly sported their tulle skirts, partaking in the theme and cheering on the girls. We lost some and won some but overall it was seeing the majority of local teams supporting this event and it’s meaning that was the real highlight of the day.” 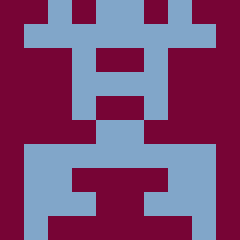 View all posts by Wren Vitellaro
Skip back to main navigation