Our kids rock! As do our mentors! This was the first time I have traveled with the team and I was very proud to be a part of our group.
The girls were patient on Saturday and did their best driving a robot that tested them with various problems. They also had to deal with a few other teams that were a bit pushy in the queue. Everyone worked hard trying to fix the various issues and this resulted in a mostly problem free robot on Sunday. Well except the arm that was bent by another robot getting too close. Nothing a hammer couldn’t fix.

The kids all worked so well together. They were gracious taking turns with whatever needed to be done. When they were not on drive team or supporting it, they were usually helping reset the field. I didn’t see anyone blowup or get too frustrated. There was a lot of spirit with dancing purple mascots and the boys wearing tutus and bows to support the girls.

Bonnie made sure there was lots of food to keep everyone going while Dan kept us all organized. Among other things, David moderated one of the most fun group games ever. Steve took more than his fair share in the pit while Karina provided lots of support in the stands. Charles brought magic cards and those darn bacon maple doughnuts!
Thanks to Chris V. for this awesome account of girls gen and rookie rumble! 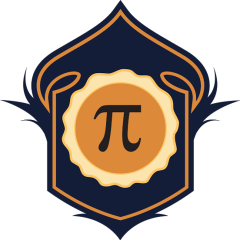